We are honored to have guest speakers that represent top authorities in their fields for the 2022 themes. The first theme and event for 2022 will cover Future of 5G Integrated Non-Terrestrial-Networks (NTNs).

An industry thought-leader with over 35 years international satellite and telecom experience. With 20 years various engineering and management positions at Ericsson (in Canada, England and Sweden), Mats Andersson brings extensive expertise from the industry. Additionally, he holds three university degrees (Lic. Eng., M. Sc. and B.A.). In 2006 Mats joined tech start-up, Bluetest AB in Gothenburg as CEO. Under his leadership, Bluetest grew to become the world leading MIMO Over-The-Air (OTA) test company with most large mobile phone companies as customers. In 2011 Mats joined Huawei Technologies Sweden AB as Site and System Manager Radio Base Systems in Gothenburg. During his time at Huawei the Gothenburg office became a world leading competence centre for Higher Order MIMO and Massive MIMO base stations. In 2014, Mats established MUMIMO AB – a company with a focus on innovation and business development for small and large wireless companies and brings thought-leading expertise within 5G, satellite communications and other wireless technologies. Mats currently holds roles as Chairman of the Board of Forsway Scandinavia AB, Satcube AB, and MUMIMO AB. He is a Board member of Wyld Networks AB. He is also a shareholder in Bluetest AB, SweGaN AB and Brinja AB. 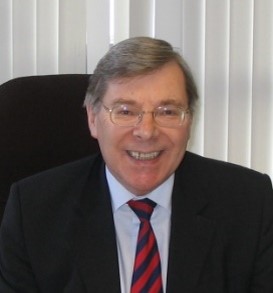 Satellites in 5G+ and Towards 6G

Multipoint Transmission from Space: a Key Enabler for 6G-NTN

His research activity focuses on Wireless Communication with specific emphasis on Non terrestrial Networks. He participates in national and international research projects on satellite mobile communication systems serving as Scientific Responsible and Prime Contractor for several European Space Agency and European Commission funded projects. He is currently the Responsible for the Vision and Research Strategy task force of the NetworldEurope SatCom Working Group and the delegate for the University of Bologna in the 6G-IA, ETSI, and 3GPP. Dr. Vanelli-Coralli co-authored more than 190 peer-reviewed papers in scientific journals and conferences and he is co-recipient of several Best Paper Awards. He is the recipient of the 2019 IEEE Satellite Communications Technical Recognition Award. 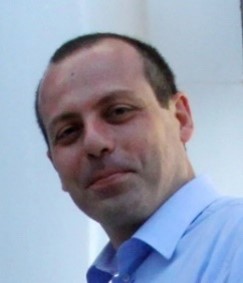 Paolo Colantonio (SM’18) received the degree in Electronics Engineering from the University of Roma Tor Vergata in 1994 and the Ph.D in Microelectronics and Telecommunications in 2000. He is full professor of microwave electronics at the University of Roma Tor Vergata. His research activities are mainly focused on the field of microwave and millimetre-wave electronic, and in particular on the design criteria for non-linear microwaves subsystems and high efficiency power amplifiers. He is author or co-author of more than 300 scientific papers. He authored the book High Efficiency RF and Microwave Solid State Power Amplifiers (Wiley, 2009), 3 book chapters, 4 contributions to Wiley Encyclopaedia on Microwave Electronics and one international patent. 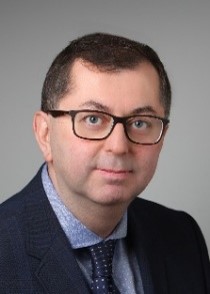 Integrated Terrestrial-HAPS-Satellite Networks of the Future: Towards A Sustainable ICT Ecosystem

Dr. Halim Yanikomeroglu is a Professor at Carleton University, Canada. He received his Ph.D. from the University of Toronto in 1998. He contributed to 4G/5G technologies and standards; his research focus in recent years include 6G/B6G, non-terrestrial networks (NTN), and future wireless infrastructure. His extensive collaboration with industry resulted in 39 granted patents. He supervised or hosted in his lab around 140 postgraduate researchers. He co-authored IEEE papers with faculty members in 80+ universities in 25 countries. He is a Fellow of IEEE, Engineering Institute of Canada (EIC), and Canadian Academy of Engineering (CAE), and an IEEE Distinguished Speaker for ComSoc and VTS. 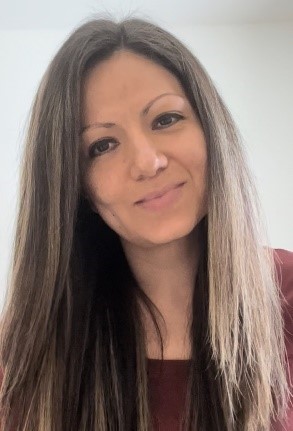 Jessica is a Senior Researcher in the Wireless System Lab at Huawei Technologies Sweden. She received the PhD degree in Telecommunications in 2016 from the Technical University of Catalonia (UPC). Her main tasks consists on contribute with ideas for efficient Radio and infrastructure Resource Management based on Artificial Intelligence. Her work covers next generation 5G product concepts, features and architecture. This includes definition of various architecture views of the AI/ML support system using input from collaborating projects and academic research. 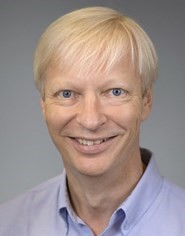 Kary Främling is Professor in Data Science at Umeå University in Sweden, where he established a team on Explainable AI (XAI) in 2018. He is also Adjunct Professor in Computer Science at Aalto University in Finland. Kary is an author of over 150 articles published in scientific journals and conferences, including the (presumably) first article that mentions the IoT and describes an industrial implementation of it in 2002. The Digital Twin concept (under the name Virtual Counterpart) was a cornerstone concept in the developed systems, also described under the name Intelligent Products since 2003. Since then, Kary has been the main architect of IoT systems in various domains, such as smart buildings, HVAC equipment, vehicles, supply chain management etc. Rather than speaking about IoT and Intelligent Products, his research has turned towards a Systems of Systems thinking since 2010. Kary's background in Artificial Intelligence and Machine Learning goes back to the 1980's and those technologies have been cornerstones in his research since then. His Contextual Importance and Utility (CIU) method is presumably the first post-hoc explainability method, first presented in 1995. Achieving trustworthiness and explainability of computer systems is his current research objective. In addition to Kary's research career, he is also the Founder of companies, he has been the Chair of the IoT Work Group of The Open Group for many years, he has worked in industry in different roles and is currently the head of research at the startup company Louhos Solutions.

Prof. Weisi Guo obtained MEng, MA, and PhD degrees from the University of Cambridge. From 2012 to 2019, he built an award-winning team at the University of Warwick. Since 2019, he formed the Human Machine Intelligence Research Group at Cranfield University (QS world rank 27 in aerospace). He was a Turing Fellow at the Alan Turing Institute from 2017. He has been PI on over £5.7m and an investigator on over £18m of research funding. ​He currently co-leads major EPSRC research grants in trustworthy autonomous systems, cybersecurity for future IoT and AI. He has published over 120 journal papers (total IF 550+) and 70+ IEEE/ACM conference papers. His key papers published include: AI in conflict prediction (Nature), graph signals for geomagnetic storms (Nature Comm.), low energy federated learning (Nature Comp. Science), molecular communications (top 10% cited PLOS One). He has been an IET Innovation Award winner (2015) and been a runner-up in the Bell Labs Prize three times. 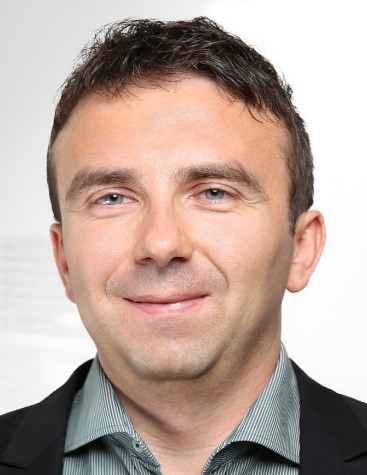 Wojciech Samek is a professor in the Department of Electrical Engineering and Computer Science at the Technical University of Berlin and is jointly heading the Department of Artificial Intelligence at Fraunhofer Heinrich Hertz Institute (HHI), Berlin, Germany. He studied computer science at Humboldt University of Berlin, Heriot-Watt University and University of Edinburgh and received the Dr. rer. nat. degree with distinction from the Technical University of Berlin in 2014. During his studies he was awarded scholarships from the German Academic Scholarship Foundation and the DFG Research Training Group GRK 1589/1, and was a visiting researcher at NASA Ames Research Center, Mountain View, USA. Dr. Samek is associated faculty at the BIFOLD - Berlin Institute for the Foundation of Learning and Data, the ELLIS Unit Berlin and the DFG Graduate School BIOQIC, and member of the scientific advisory board of IDEAS NCBR. Furthermore, he is a senior editor of IEEE TNNLS, an editorial board member of Pattern Recognition, and an elected member of the IEEE MLSP Technical Committee. He is recipient of multiple best paper awards, including the 2020 Pattern Recognition Best Paper Award, and part of the expert group developing the ISO/IEC MPEG-17 NNR standard. He is the leading editor of the Springer book "Explainable AI: Interpreting, Explaining and Visualizing Deep Learning" (2019) and co-editor of the open access Springer book “xxAI – Beyond explainable AI” (2022). He has co-authored more than 150 peer-reviewed journal and conference papers; some of them listed as ESI Hot (top 0.1%) or Highly Cited Papers (top 1%). 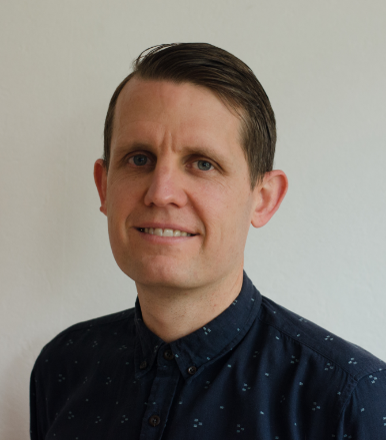 Tim is a professor of computer science in the School of Computing and Information Systems at The University of Melbourne, and Co-Director for the Centre of AI and Digital Ethics. His primary area of expertise is in artificial intelligence, with particular emphasis on human-AI interaction and collaboration and Explainable Artificial Intelligence (XAI). His work is at the intersection of artificial intelligence, interaction design, and cognitive science/psychology.

The 2022 workshop will focus on upcoming trends and new technologies, enabling wireless solutions for future needs both of people and of society.

Read more about the speakers from the 2021 Future of Wireles Technology Workshop, experts in areas such as Software Engineering, AI/Machine learning, RF technologies and Energy Efficiency.

Read more about the speakers from the 2019 Future of Wireles Technology Workshop, experts in areas such as Software Engineering, AI/Machine learning, RF technologies and Energy Efficiency.